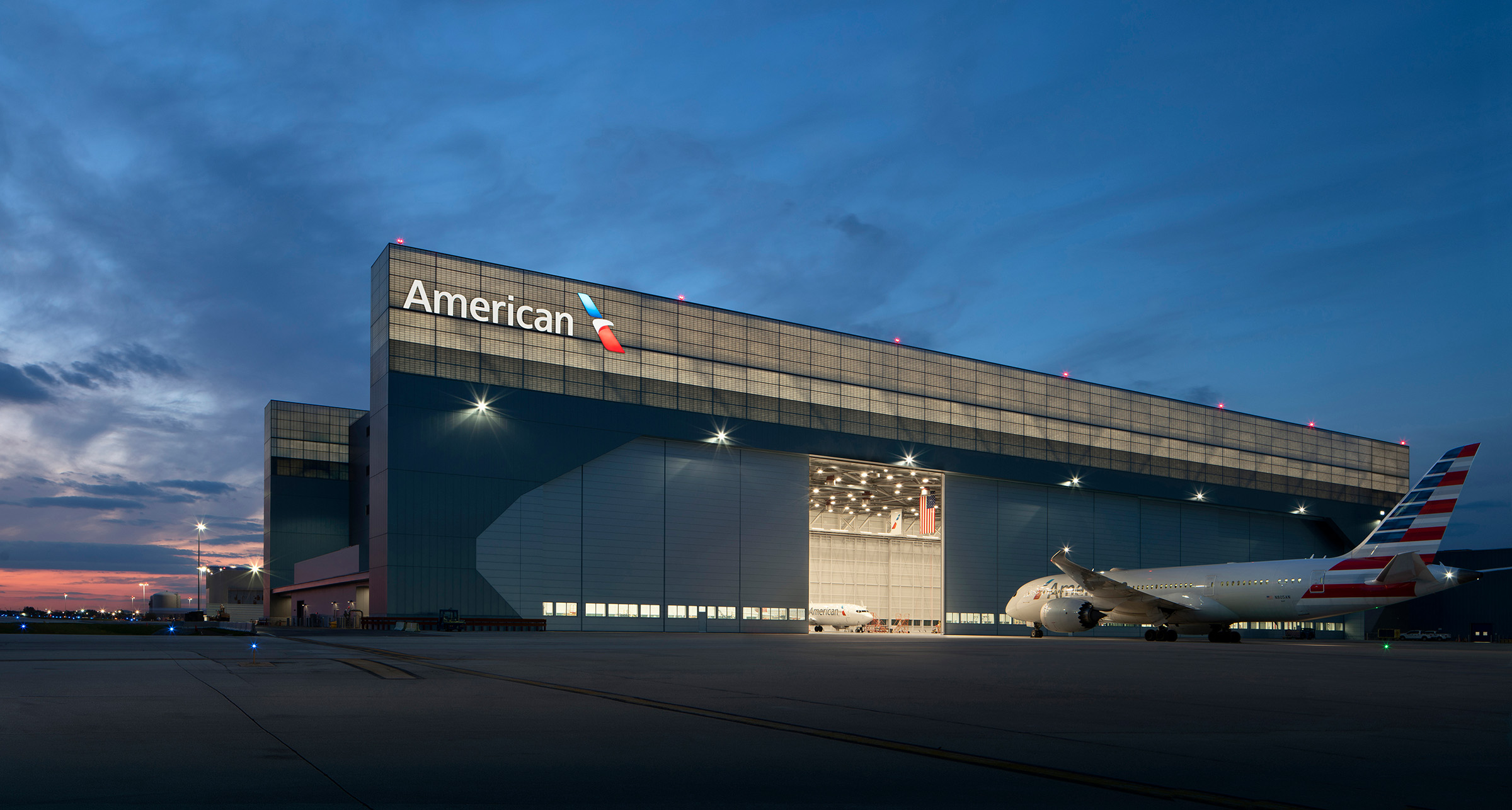 American Airlines Hangar 2 was the first new hangar built at O’Hare International Airport in Chicago in three decades. This Hangar has the distinction of being O’Hare’s largest hangar as well as one of the largest clear span, dual threshold airline hangars in the world.

The dual-entry, flexible hangar concept for the 194,000 SF facility maximizes the allowable aircraft parking positions while minimizing the total gross area of the building. The solution houses all aircraft variants in American’s fleet, including narrow-body & wide-body types. The facility also provides ancillary support functions, including a general back shop, a component staging area, and storage spaces.

Its construction improves American’s aircraft and maintenance operations while serving the greater modernization of the Chicago O’Hare International Airport. This project is a landmark for the redevelopment of American’s next-generation facilities and will ultimately strengthen the airline’s future growth. W.E. O’Neil’s self-perform concrete group took an innovative approach to completing the concrete work on the site. Concrete was poured prior to enclosing the building which allowed the owner to begin using the hangar months ahead of schedule.

American Airlines Hangar 2 employs a number of sustainable features, including a high-performance building envelope, the use of daylighting, and high-efficiency mechanical, electrical, and plumbing systems.

Water conservation techniques were also implemented, including the use of native or adaptive grass species requiring no permanent irrigation systems.

The overall design, construction, and operation of the new facility reduces greenhouse gas emissions and conserves water and natural resources, while improving the well-being and productivity of American employees.

Our Concrete Group Shakes Things Up at O'Hare